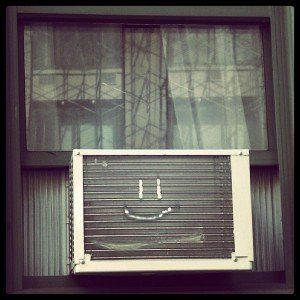 How much do you know about the history of your favorite summer appliance?

1758 – Benjamin Franklin and John Hadley – Discovered that the evaporation of alcohol and other volatile liquids that evaporate faster than water can cool down an object.

1830 – John Gorrie – Builds an ice-making machine that uses compression to make ice and then blows air over them.

1902 – Willis Carrier – Invents a machine that blows air over cold coils to control room temperature and humidity. Carrier established the Carrier Air Conditioning Company of America after learning that companies were interested in the product.

1906- Stuart Cramer – Creates a ventilating device that adds water vapor to the air. He is the first to call the process air conditioning!

1914 – Charles Gates – This is the first time air conditioning was installed in a home.

1939 – Packard – The first air conditioned car is created. However, the air conditioning wasn’t controlled from inside of the car. Drivers had to stop the engine and disconnect the compressor belt if they wanted to turn the AC off!

For a "Happy Home" Get Wahl...We're in Your Neighborhood.

Why We're the Right HVAC & Plumbing Pros for You?

Your Satisfaction is Our Top Priority

Upfront Pricing with No Surprise Costs